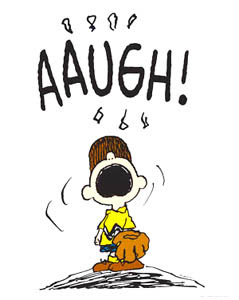 Well, Chrontendo's been going through a bit of a rough spot right now. Episode 15 was inexcusably late due to various factors and real-world concerns (not to mention various modern, time-devouring recent video game releases.) But, on the bright side, even as I was putting the final touches on the latest Chrontendo, I was also making fantastic progress of Episode 16. So it looked like two episodes were about ready to go.

It was at this untimely moment that my computer decided to take a dump. I still don't know exactly what happened. After deciding to download and install Windows XP SP3, my computer immediately became unbootable in any mode. Eventually, I was able to get my hands on a Windows reinstall disc, and after fooling around with the Windows repair console I managed to get my PC to boot up. At that point I should have immediately starting copying my files to the new hard drive, but I foolishly assumed that whatever problems I'd been having were now fixed. It turns out that was not the case, since I've not been able to get Windows running since. And, for some reason, I've not been able to reinstall Windows on that hard drive. As a matter of fact, I've not been able to access my files through any of normal methods; even going in through the command line doesn't allow me to access some folders on the drive.

So I'm not really sure if the hard drive is damaged or if the Windows installation has become so thoroughly trashed as to make the drive unusable. If I find some way of rescuing the missing data, then Chrontendo will be up and running soon. If not, then it looks like Episode's 15 and 16 will need to started from scratch. Also lost is some work on future episodes, various files I use in compiling the episodes, all my research and notes I've done on the Famicom and SMS, web bookmarks, etc. Not to mention lots of files unrelated to Chrontendo.

At this point, its a matter of when, not if, Episode 15 will be releases. Chrontendo will live on regardless of this setback. However, there is a chance I might start Chronsega Episode 3 will working to retrieve the last two episodes of Chrontendo. Thanks for your patience.
Posted by Doctor Sparkle at 4:59 PM 1 comment: