Hey, I'm almost done with the new Deus Ex game!  That's good news for Chrontendo viewers.  Though there are quite a few other big name titles that have come out recently, or will be released soon - so hopefully my attention won't be derailed again.

The other night I was checking out the Netflix and noticed that Ruggero Deodato's 1976 cop movie, Live Like a Cop, Die Like a Man, was available in streaming format.  Fans of European sleaze cinema will know Deodato for such gems as Cannibal Holocaust (the pinnacle of the late 70s Italian cannibal movie genre,)  but Live Like a Cop is a straight-up action movie, albeit a very bloody and violent one.  It concerns a pair of buddy cops who break up a ring of gangsters using arson, torture and murder.  Unlike the grim-faced rogue cops found in American movies such as Dirty Harry, these guys exude an amicable, goofy charm even as they cut a bloody swath through a gang of bank robbers and shady real-estate dealers.  When not doing that, they are busy sexually harassing every woman they encounter.  In the 70s it was apparently acceptable to openly engage your female coworkers in small talk such as, "Hey, when are you finally going to give in and let me have sex with you?"

Anyway... the point of all this is that the movie opens with a super-exciting motorcycle chase scene.  We see the cyclists weave in an out of traffic on crowded Italian streets, drive down stairs, drive over cars, drive into shops and through crowds of people, and pop a couple of wheelies that can only be described as "totally bad ass."  It's the kind of stuff you used to see in the movies all the time back in the 70s and 80s.  I began to wonder why action scenes in many of today's movies are so damned boring.  Think of any car chase in a contemporary mainstream action film -- it's probably just tons of lame CGI effects and extraneous slow-motion. Even in "intelligent" action movies, such as the Bourne films, it's all about rapid cutting and constant shaky camera.  These effects don't get your heart pumping so much as they lull you into a trance.

How did this happen?  I'm not sure, but the first movie that I personally recall as suffering from CGI overload was the second Matrix film, from 2003.  I barely remember anything about that movie, but the part that sticks in my mind was an overlong fight scene set on a busy freeway.  It seemed to involve Keanu Reeves jumping around on cars while fighting a pair of albino robot ninja twins, or something.  The use of CGI was so over-the-top that it overwhelmed any sense of danger or drama in the scene.  All the cars flipping over in mid-air and people flying around in slow-mo made the entire thing feel very fake.  At that moment you knew you were no longer watching a movie featuring real live people, but instead were watching a very expensive cartoon. (Matrix 2 also suffered from having bumped up the slow motion usage to hilariously high levels.)*

Perhaps having played countless video games over the years has lead me to associate computer generated graphics with fakeness.  We know the characters in video games are not real, and today's movies contain many scenes that resemble nothing so much as video game cut scenes.  Action scenes in older movies have an inherent physicality to them: we see a real man driving a real motorcycle.  A scene of Sam Raimi's Spiderman swinging through the air is flat and weightless by comparison.  We know Spiderman is just a bunch of pixels created on someone's workstation.  If his web breaks and he falls... it's no big deal.  He is just a bunch of pixels and can't be hurt.


Maybe this doesn't bother younger movie goers.  Those who have grown up in the CGI era of filmaking might not experience any sort of disconnect between footage of solid objects and computer created objects.  Maybe they think movies like Transformers or Smurfs or Green Lantern look cool, instead of looking like piles of tacky shit.


As for Chrontendo, the new episode mostly hinges on completing the Clash at Demonhead segment.  For a game that's now considered to be a cult classic, I sure find playing it to be a chore.  I'm also a bit busy in the near future - I went to a Halloween party tonight, have another one tomorrow, and have a few things to go to next week.  I'll keep you posted on the new episode's progress.

*I disliked Matrix 2 even more than the first one, especially since I was dragged into seeing it on opening night by some Matrix-lovin' friends.  I remember thinking that only one thing could make that movie bearable -- and that would be a scene where Keanu Reeves and Laurence Fishburne are getting ready to go out and fight some robots or something. Then Fishburne, says "Excuse me for a minute," and ducks into his room.  A few moments later he comes out again, but dressed as Cowboy Curtis. "Okay, Keanu, I'm now ready to kick some robot ass."  Sadly, this scene never happened and the entire movie was ruined.
Posted by Doctor Sparkle at 1:00 AM 11 comments:


Last post I mentioned things were going to be a little slow around here lately.  Let me revise this: things are very slow around her lately. Bottom line: I've been busy with other stuff.  Some of this stuff is "legit" like a having a friend from Vegas visiting for a few days.  Another factor is the desire to test out the new computer on a modern PC game. In some bad news for Chrontendo fans, there's this thing out there called Deus Ex: Human Revolution. It turns out this thing is awesome, and better than it has any right to be. Also, here and there, I've been playing Dragon Quest V for the DS.  Don't judge me, people. I can't spend all my gaming time playing stuff like Casino Kid. 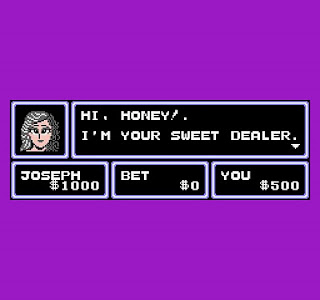 "Sweet Dealer" sure sounds like a euphemism for something.


One a technical note, production of the new episode has been somewhat slowed.  The primary programs used for Chrontendo are not Windows 7 compatible, so I'll probably be finishing up episode 41 using my old computer.  I should set up the two computers at a 45 degree angle to each other, so I can use them both simultaneously, like cheesy keyboardists do. 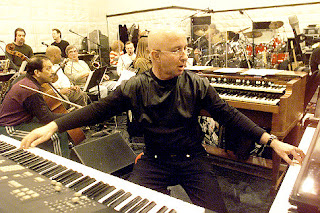 I'm in the process of auditioning some new programs, so we'll see how things go.  The end result will probably be Chrontendo looking a little different. Hopefully, for the better.  Until, then I'm slowly uploading some older episodes on Youtube.

Elsewhere on the web, the dude behind Pre-Sonic Genesis has a new project called (ahem) Chronomancy.  He's covering the officially licensed D&D video games - the Gold Box games and whatnot.  Why the switch, you wonder?  I can only assume he found a video game blog to be insufficient at completely repelling members of the opposite sex. By focusing on an even more "chick-proof" subject, he's able to achieve his goal of a totally abstinent lifestyle. Just a hunch. Anyway, it's cool, so check it out.

Also, Greg Sewart has a neat series of Sega CD reviews called WELCOM METOT HENEX TLEVEL  on the Player One Podcast site. Unlike myself, Sewart is a legit writer, so the reviews are coherent, focused and entertaining. Reading about Sega CD games makes feel a little better about Chrontendo, since I have the consolation that I'm not having to play Corpse Killer or Wirehead.

Incidentally, my wife is at a "Goth Barbecue" party tonight.  She informs me there is a pool there, but no one is using the pool. Is it even possible for Goths to go swimming? Can you look all dark and mysterious in swim trunks?  Do they even make special scary Gothic swim trunks?  Maybe they wear those old-timey full body swimsuits with the black and white stripes? Just wondering. 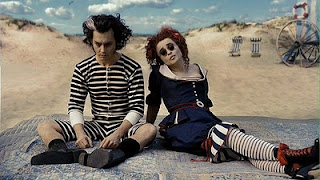