As some of you will have noticed, today is July 15, 2013, the 30th anniversary of the release of the Famicom in Japan. By some odd coincidence, Sega's first console, the SG-1000 was also released that same day, supposedly.

I considered posting some sort of special episode or something to commemorate the event, but decided against it. I already did release something about the birth of the Famicom a few years ago. It was called "Chrontendo Episode 1." If you absolutely must have more of my thoughts on July 1983, you can of course check out the first episode of the new Retronauts. And there is also US Gamer's massive Summer of 1983 series, which include a few choice quotes from me.

At the moment, my headspace is in summer 1989, not 1983. However, in commemoration of this special day, I decided to just fucking upload the first episode onto Youtube. There was no special reason why I hadn't already done this, other than I've been uploading the old episodes in reverse order.  Also, for a little trip down memory lane, here is the post announcing the first episode from back in 2007.

If you have somehow not seen the first Chrontendo episode, then... enjoy, I guess?

Retronauts just posted the first "mini" episode, which is sort of about tracing the influence of Prog on videogame music. I assumed they might use one of the other episodes for the second week, to avoid Dr. Sparkle exhaustion in their listeners, but.. nope! Back to back Dr. Sparkle.
Posted by Doctor Sparkle at 7:31 PM 8 comments:

I found a pile of my wife's old LPs and made a video of my discovery. I was quite horrified at some of the things I found there. Check it out here.
Posted by Doctor Sparkle at 8:22 PM 6 comments: 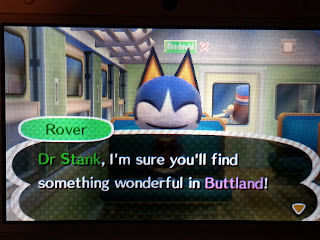 I'm sure everyone already knows this, but the first episode of the new Retronauts is out and it features Dr. Sparkle as a guest star. The theme of the show is "July 1983," because that's like, exactly 30 years ago, and it was the month that the Famicom, Sega SG-1000 and MSX were all released.  We spend the hour and a half just talking about random video game crap related to those three systems. It turned out better than I thought it would, perhaps because these guys actually know what they're doing when it comes to recording people, and Ray Barnholt was even working some kind of fancy mixing board.

A couple remarks about the experience -- I was a bit sick when this was recorded. In fact, the day before, I was thinking that I was not going to make it to the recording session. My voice had almost completed given out and I felt like crap. The next day, I had recovered enough to drive to SF and record, but the day after it was recorded, I lost my voice again and was sick for another week. I guess the fates decided that I needed to be present at that Retronauts recording.

As mentioned in the actual episode, there was a "yoga chanting" group meeting at that time (technically, it was an "Intro to Singing" class), resulting in a bit of unavoidable sound bleed-thru. Also, I was incredibly nervous since: 1. People had paid real American dollars to relaunch Retronauts and I didn't want to screw it up and 2. I was in there with these grizzled Podcast veterans/professional videogame dudes and felt a little out of my league.

For anyone out there who might be doing a future Retronauts guest spot, here's some advice. The room they record in is tiny and stiflingly hot, so you'll basically be sitting in each others' laps in a sauna-like environment. Make sure you dress appropriately. If you are driving in, then note that the building is located on a block with free parking. One block over you'll have to deal with SF's punitively expensive parking meters.  Also, the Retronauts guys are all really nice, and seem like genuinely cool people instead of annoying SF-style hipsters.

I also recorded a mini-episode while I was there, as they plan to alternate full-length episodes with shorter ones. No idea when they will air that one, but I'll remain quiet on the subject matter until it's announced. There seems to be an air of secrecy around future episodes and guest stars, and since Jeremy Parish is from Texas I don't want to make him mad and get beaten down with a 4X4 or something.

In other Chrontendo-delaying news, all the hype around Animal Crossing New Leaf led me to buy a damned 3DS. I've just barely started getting into my new job as mayor of Buttland, but I hope to have the place spruced up soon.  I bought the special Animal Crossing version of the 3DS XL. It turns out that version is kind of hard to get, so if you are looking for one and are in the Sac area, the Dimple on Arden had two left when I bought mine a week ago. Maybe they are still there. 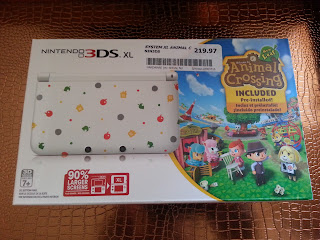