As you have noticed, the Chrontendo blog has been pretty quiet lately. You might be wondering, "What's going on? Is Chrontendo on hiatus?" The answer is no, not really. It's just that a number of factors have contributed to preventing me from finishing recording the new episode. And no, one of those factors is not Animal Crossing! (it's SMT IV.) I have been dealing with persistent coughing for a while now. I had actually had a respiratory thing going on back in June, right before I recorded the first episode of Retronauts. I thought I had beaten it, but it came back, and now I've been coughing for the last few weeks. My doctor claims it's just a lingering cough and will eventually just go away, because "coughs are funny things."

However, the main factor in the slowdown of Chrontendo has been my project of making some cosmetic improvements to my office, the room where Chrontendo is recorded in. Almost everything I own had been crammed into that room for some time now, and I've been sorting through stuff and moving it out slowly in my spare time.  Finding things in the back of your closet that you haven't seen in years always brings on feelings of melancholy nostalgia. Here's a few pics I snapped of old things from the 90s. Some of these pics already appeared on Twitter. 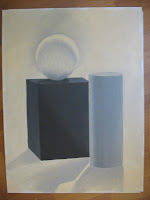 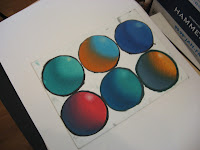 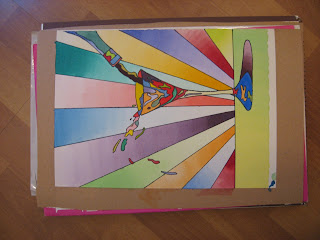 Old art class exercises. This is the sort of exciting thing art students do all day, studies in light/shadow/color, etc. Yes, Dr. Sparkle used to paint years ago. I had exactly one piece hang in a gallery, which never sold. One thing you should know about watercolor: getting smooth transitions is a bitch!

I had huge piles of this stuff packed away in the closet. My real paintings remain safely hidden away where no one will ever see them, thank goodness!

When I was young enough to stay up all night I used to go to a lot of shows. My now-wife wrote for a free music rag - a job that didn't pay but got us into a lot of free shows. I still have a number of old posters. 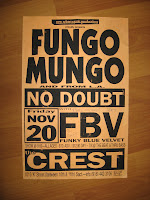 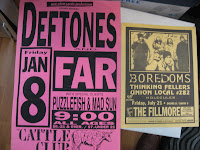 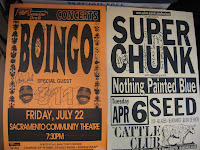 The Deftones/Far show was one the most crowded concerts I've ever been to. This was back when Deftones had long hair. Far was a pioneering local emo band, and folks around her claim Dashboard Confessional ripped off his style from Far's singer. If you were not going to see shows in the 90s, then you might not be aware of how many fucking metal/funk/rap type hybrid bands their were. Red Hot Chili Peppers was the hugest one and Faith No More was also mining that vein, but there were tons of smaller bands doing similar things, like Fungo Mungo.  Oddly, the opening act, No Doubt, impressed me the most, but you have to realize that this was before the huge 90s ska revival, back when ska bands were still novel. We talked to the band after they played and Gwen gave me some ND stickers and a cassette. Also we mercifully arrived late to the Oingo Boingo show and missed 311. 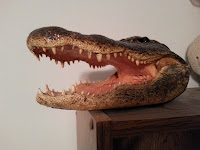 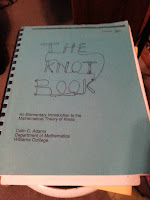 Here's an alligator head. My wife's uncle used to have an alligator farm. He was an interesting character it seems, he did amateur preaching and had a mail-order bride. As for The Knot Book, it is an actual mathematics textbook, one that had not been printed yet, so we used a hand-assembled photocopy with the author's hand drawn diagrams. If you're wondering what post-calculus math is about, well, it involves weird stuff like knot theory.

At this point, the office is completely empty, the nasty old carpet ripped out, and my PC offline. Even if my computer was put back in the office, I wouldn't be able to record since the echo is insane. But hey, everything will be back together in no time at all. I'll actually be posting an update on the office status before to long, because as you know, I'll blog about anything on my videogame themed blog, as long as it's not videogames.

One last thing. Since I'm not doing this at my real computer, hopefully the formatting on the photos and text is not all screwed up.
Posted by Doctor Sparkle at 5:52 PM 25 comments: