It's All About Strategy

Things have been slow down here in the Chateau d'Chrontendo. One would naturally think that being laid off would free up more time to work on Episode 29. But, having been laid off once before, I knew this wasn't going to be the case. I think this may have something to do with the fact that since I know you have lot of free time, I tend not to use that time wisely. It's amazing how quickly the day can just disappear....

Regardless, Episode 29 should be ready before too long. One little hitch -- I somehow miscalculated the number of games this episode, and then realized I still needed one more. And that game was Golgo 13 ! (ugh!). If you don't know the game, then you're in for a treat. It's an odd combination of freshness/innovation and questionable game design/frustration.

But the real stars of Chrontendo Ep. 29 are the military simulation/strategy games. I mentioned when covering the SD Gundam game a few episodes ago that 1988 was going to a big year for the genre; and it's starting now. Out of nowhere, three military simulation games pop up! In order from simplest to most complex, we have: 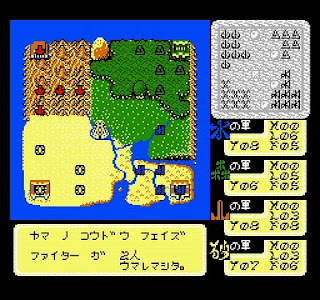 This game seems to have a reverse case of "Nosferatu, vampire" in the title. One challenge for developers of these early military games was to find a reasonable way to depict the confronatations on the battlefield itself. Whenever opposing forces met in SD Gundam, we were treated to a ridiculous little action sequence involving robots running around shooting each other. 19 - Neunzehn handles battles somewhat like that - battles take place on a separate screen in which three units from each army move around and try to attack each other using an odd combination of real time and turn based moves. 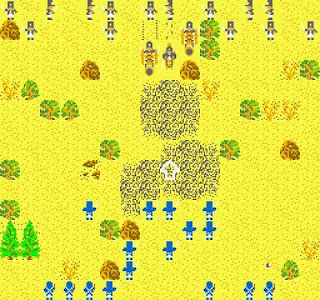 Unlike 19, this Lenar developed title from Irem takes a much more epic approach to warfare. The game traces Napoleon's career from early victories in Italy up through Waterloo. The main overworld maps use real time movement, as opposed to 19's turn based movement. The battles themselves once again take place on a separate screen, and let you control reasonably large forces, including artillery, all in real time. In cases where you feel the outcome of a battle is certain, you can even choose an automated battle option, where the computer simply plays the battle for you and gives you the results. 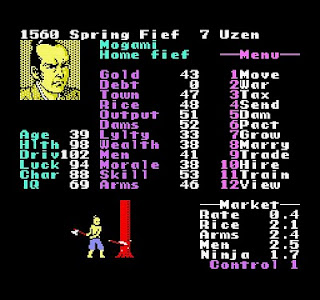 Here's one you might recognize. The first console game in Koei's long-running series, Nobunaga's Ambition is the only game here to be released in the West. Whereas 19 & Napoleon Senki are technically military tactics games, Nobunaga is an honest-to-god strategy game. Aside from maintaining your army, you'll also get to grow rice, build dams, form alliances with other daimyo, and raise or lower taxes. Out of these three games, it's certainly the one that the most time and effort went into, and the one that most resembles modern Civilization-type games. Expect to see more historical Japan themed warfare games soon.

As for Episode 29, while I can't promise anything, I expect it to be ready in a couple days.
Posted by Doctor Sparkle at 8:49 PM

If I had a time machine, I think I would use it to go back in time and smash everything that had to do with Romance of the Three Kingdoms, thus sparing us from decade after decade of sequels (not to mention Dynasty Warriors).

Even though I don't like the Koei Strategy games I admire them for making the games they want to do reagrdless of Market Research or Mass-Market appeal etc. It's a tradition that has long carried on with them since. I know this has probably been quoted before somewhere as well.

Cornervizion, good point-- while I might not enjoy them, I definitely appreciate their willingness to put out niche games like they have!