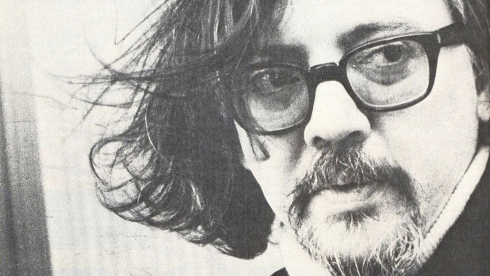 If Spanish film maker Jesus "Jess" Franco Manera had no imitators, it was simply because no one could imitate his style. Regardless of what kind of film it was: horror, exploitation, arthouse trash, or unrepentant smut, every film he made was unmistakably a Franco film. 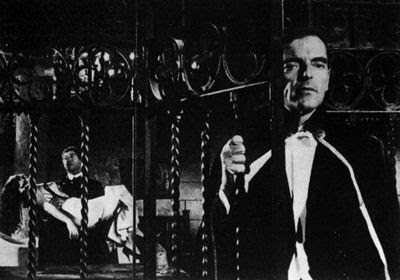 While many would say his movies were "bad," it was Franco, more than anyone else, who demonstrated that the distinction between good films and bad films was often irrelevant.  Franco directed somewhere close to 200 movies (some sources say "over 200"). The embodiment of an obsessive film maker, he was always making a film or planning his next one. His final movie premiered on March 22nd, a mere 11 days before his death.
Posted by Doctor Sparkle at 6:26 PM

Since no one is is going to comment, after perusing IMDB I can honestly say I've never watched any of his films. I may have seen parts of his Dracula film with Christopher Lee. Any reccomendations?

As a huge fan of Euro exploitation, it is sad to see another prolific face of the genre go. There will pobably not be someone like him again. Rest well, Jess. We'll miss you.

Sean, I don't know that I WOULD recommend someone who is not familiar with Franco to try to watch his films. It's like the answer to the question "What is jazz?" "If you don't know by now, don't mess with it!"

But... maybe try one of his "good" movies,like the Awful Dr. Orloff, Necronomicon/Succubus or Venus in Furs. If nothing else, then for God's sake, listen to the soundtrack to Vampyros Lesbos!

The sad thing about Franco dying is that he was sort of the last of those Euro sleaze guys. Everyone else had died, retired, moved onto other things, or, like Argento, lost their magic touch.

Well luckily two of the Orloff movies (only two?) are on Netflix streaming. With a lot of his others on DVD. Will maybe add Succubus to my DVD queue as well. Netflix the foreign and bad movie lovers refuge. If you like indie, foreign, documentaries, Netflix streaming is the best. Just as long as as you don't like new releases.

So many of the directors I admire have dropped off over the past years. Bruno Mattei and Jean Rollin died just a few years ago. Very cool guys, so it's a great shame. Umberto Lenzi's moved into other things as you put it. It's true what you said, that generation of the genre is gone now.

Sean, if you like pure cheesy entertainment, check out 'Faceless'. That one is tons of fun!

Jess Franco on Netflix! How our world has changed. A quick look reveals The Awful Dr. Orlof and Dr. Orloff's Monster are available on Instant, as well as the similar The Sadistic Baron von Claus. Also well known is the WIP flick, 99 Women, and two of his more famous monsters and sex movies: Female Vampire and Virgin among the Living Dead. I suppose between those five movies you could get a decent Franco education.

Holy fuck, could this blog possibly get any more awesome?! I submit that it could not.

So I'm a moderately big fan of 70's euro horror/exploitation cinema and their soundtracks. I was curious if Vampyros Lesbos was going to be anything like, say, the work of Goblin, but Wikipedia characterizes it as more like 50's style space lounge pop, which might be even more interesting! Now I'm imagining Esquivel as a horror soundtrack, and that is delightful. Can't wait to hear this.

Does anyone have esoteric opinions about music on Bandcamp? I just started digging, and the well seems endless. What are some diamonds in the rough?

Iron Peach - Bandcamp is obviously pretty difficult to just sit down and start exploring. Probably every single time I've visited Bandcamp has been through finding a band I liked via an outside source, for example, that Trippy Jams blog.

Hey Sparkle. I'm just dropping this here in case you haven't come across it already.
http://atarileaks.org/
Should be of some interest to any video game history enthusiast.