Update:  Chrontendo Episode 48 is now up on Archive. Despite Youtube now having 60 fps capabilities, downloading the Archive version is still the way to get the best looking form of Chrontendo.

Your eyes do not deceive you. There is, in fact, a new episode of Chrontendo available for your viewing pleasure. If it's any consolation, this episode is absurdly long. Longer than Chronsega 8. A little over an hour and 50 minutes.  This is mostly due to the 1989 arcade roundup, which is a good 50 minutes or so by itself.

The exciting news is that Youtube is now supporting  60 FPS videos in the 720p and 1080p formats. At the moment, this option is only available in Chrome, and, apparently the Nightly version of Firefox.  If you click on the gear to choose your desired resolution and see a "60FPS" next to 720p, then you know your browser supports it. Episode 48 may be found on Youtube here.

A downloadable 60 FPS version will be available on Archive.org in the near future.

1989 was a banner year for coin-op games. It was the year beat-em-ups took over arcades. We'd already had Double Dragon, a massive hit a couple years prior. But '89 saw the release of Golden Axe, TMNT, Final Fight, and so on.  It wouldn't be long before Street Fighter and Mortal Kombat created a fighting game mania that swept beat-em-ups into the dustbin of history, but for 2-3 glorious years beat-em-ups were the kings of the arcade.


Aside from beat-em-ups, we have a number of interesting shoot-em-ups, most notably Zero Wing and XMultiply. Also, puzzle games, such as Klax, Atari's polygonal 3D sci-fi racer, Stun Runner, Capcom's peerless action game, Strider, and many others.

As for the Famicom/NES, the results are a little less promising. Episode 48 covers the tail end of August 1989 and most of September. There were a lot of US only games in September, so we cover half this time and will pick up the rest in Episode 49.  At this time, there were really no US companies developig NES games, so instead we get treated with stuff from the UK (Rare and Zippo) and Australia (Beam Software.)

In terms of notable games, we mostly have two Japanese-developed ports of successful US computer games: Kemco's Uninvited and Pony Canyon's Ultima IV: Quest of the Avatar. Uninvited the third and final of the three Icom Simulation games released for the system. LIke Shadowgate, it is noted for its colorful, unfair, and frequent deaths. 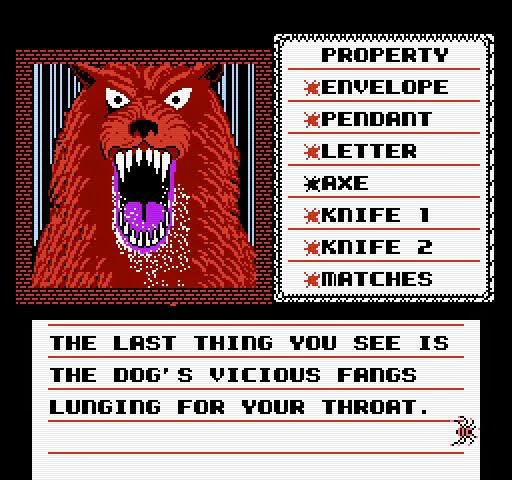 Ultima IV: Quest for the Avatar was once a serious contender for "greatest RPG ever made." Today it feels like one of the better old school RPGS: better than Wizardry but still sort of tedious. The gimmick here is that instead of just killing everyone, you need to morally improve your character. This is mostly done by killing lots of monsters, but also by giving gold coins to beggars you meet in town.  Pony Canyon's port gives it a Dragon Quest inspired makeover. 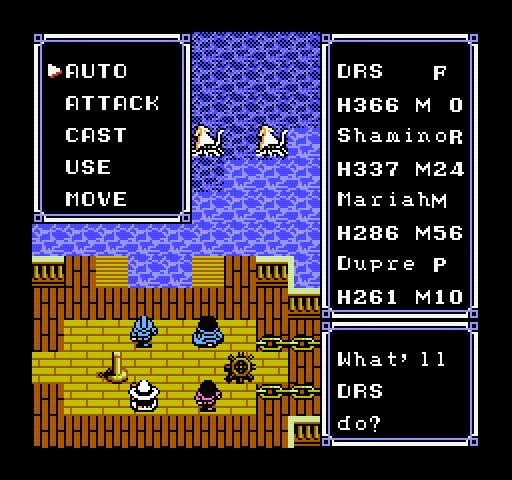 On the flip side of the coin, we have a few US-only pieces of crap.  Hi-Tech's Hollywood Squares (developed by Rare) and LJN's Sesame Street ABC (from Rare associates Zippo Games.) Both are quickly knocked off pieces of crap that are best ignored, though Sesame Street is actually a little brazen in just how little content it gives you: a mere two minigames. 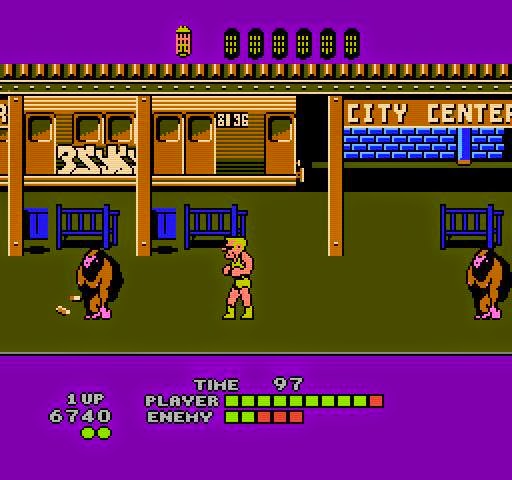 To reach the deepest depths of horrible game design we must turn to Beam's Bad Street Brawler. A port of a computer game released under several names, including (the Lou Reed inspired?) Street Hassle, BSB is game design at it's laziest. A tediously repetitive single-plane beat-em-up, BSB almost cruises by just on it's weirdness. Aside from the fact that the protagonist looks completely different in-game than he does  on the title screen and the between-level illustrations, BSB has trench coat clad flashers giving you powerups, and gorillas attacking you with bananas. Character designs have been radically altered from the computer version; what was originally a little old lady throwing a purse at you is now a very short circus strongman throwing dumbbells at you. Unfortunately, all this wackiness can't distract from the sheer monotony and frustration of the game. 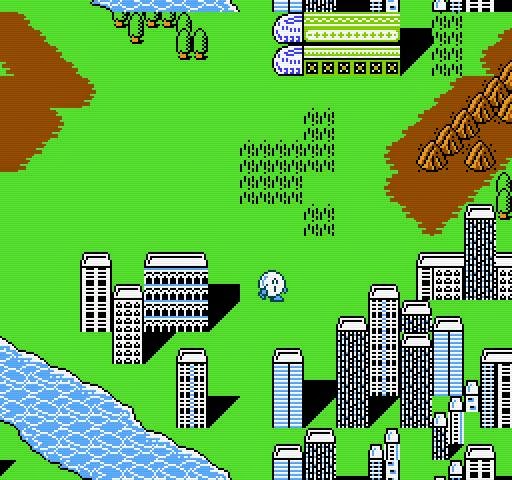 Japanese game design at its wackiest.  Another game in Coconut's Pachio-kun series, American Dream dispenses with pachinko entirely and instead gives you an pseudo-RPG where you conquer New York by playing slot machines. (gambling tip: slot machines are for old ladies and scrubs. Don't play slots.) American Dream finds itself in the unfortunate category of games that are both apeshit crazy and boring as hell. Hardcore Gaming 101 covered this one a few years ago. 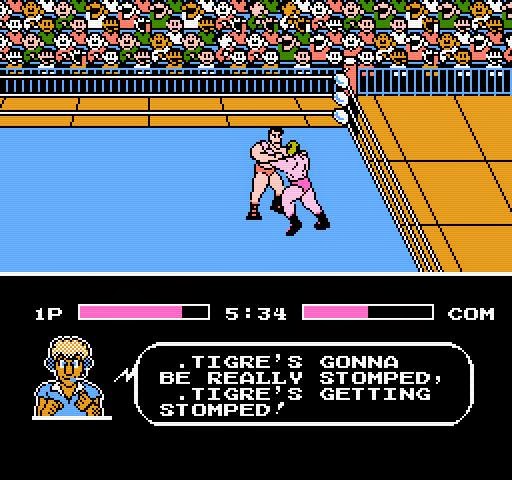 Tecmo had some very popular sports series, such as Tecmo Bowl, but their wrestling game never took off.  Its most notable feature is the announcer doing nonstop commentary.

A high quality Capcom adventure game, based on the popular Juzo Itami movie, A Taxing Woman. Capcom would release another Itami related game later in 1989. 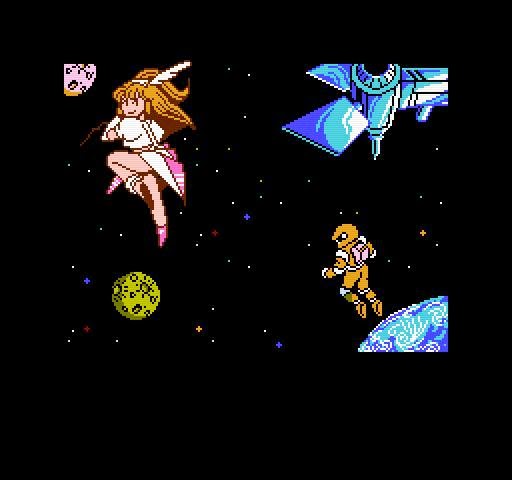 Also a high quality adventure game, developed by Natsume. This is another game based on the novel  Nansō Satomi Hakkenden, though the samurai of the novels have been replaced with young singing 'idols.'

This the third time we've encountered this Chinese themed shoot-em-up. It's still not very good.

A sort-of port of Data East's arcade game. Totally unremarkable, but the ZX Spectrum version was one of the best selling games on that system, for reasons understood only by the British.

Jordan Vs Bird: One on One 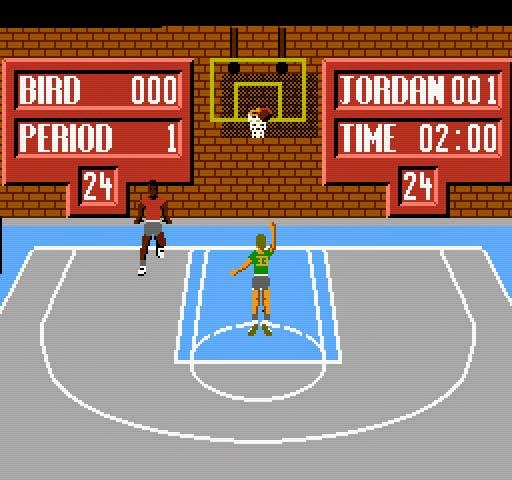 Milton Bradley hired Rare to port the EA computer game to the NES. Inferior sequel to the much loved One On One, with Micheal Jordan swapped in for Dr J. 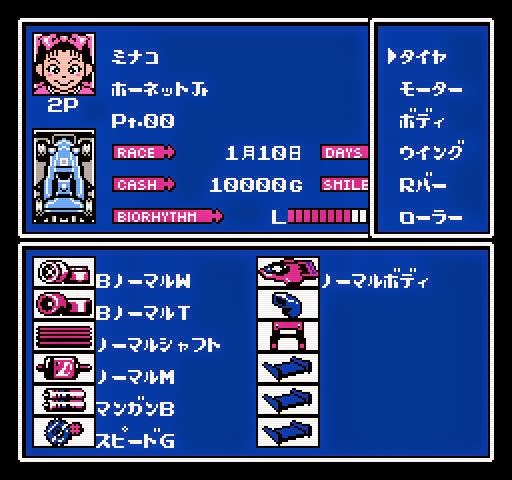 Not even a real racing game. Konami and Tamiya bring you this game about racing little electric toy cars.

The final game we'll see to bear the name of the famed shogi master Tanigawa Koji.

Next up: I'll be unveiling a couple miscellaneous vids, unrelated to gaming. Then it's onto the new Chronsega.

FUCK. YES! I simply cannot wait to get home from work and dig into this sucker! Thanks again for all your hard work, Dr. Sparkle. The wait was long and arduous but I'm sure it was worth it!

Cameltry appears to be the inspiration for the Sonic 1 bonus stages.

Tiger Mask started as a fictional character but somehow ended up turning into a real life gimmick.

Kind of like Batman inspiring Battman, Tony Marino's alter ego in the midst of the 60's Batman craze who ended up teaming with Bruno Sammartino in the WWWF for a few bouts.

Only, unlike Marino, Satoru Sayama made the comic character gimmick work. There are a bunch of guys who took on the mantle and derivatives also started appearing like Tiger Dream (female Tiger Mask) and Black Tiger (evil Tiger Mask played by Rollerball Rocco and Eddie Guerrero).

Also, his name in the Japanese version is Chris Hyper not Wariss Hyper. ワ is close to ク in the way it is written, but they are not the same. But the folks at HG101 are also wrong. Christ is キリスト in katakana, although I've heard folks use クリスト due to Christian being クリスチャン.

Yay! You made my week, Doc. I am going to try to extract a 60fps version off YouTube but it might not work. Please try to get the episode up on Archive.org as...soon....as...you...CAN! Prety please. RIGHT MEOW! =)


Thank you a thousand times over for bringing us heavy doses of video game nostalgia - it's both a legal high, and the closest we have to a real time machine (since digital information doesn't age), only with the added perspective and scope you couldn't find in any form back then.

One small correction - you claim SNK ripped off Capcom with their fighting games, but Takashi Nishiyama, in an uncredited role, created Fatal Fury as a direct sequel to his earlier Street Fighter, where he goes by the name Piston Takashi, I guess because Alan Smithee would have been too obvious to western audiences. His IMDb page also credits him with designing Kung Fu Master, the grandfather of all beat-em up brawlers, and with producing The King of Fighters - the first cross-over head to head fighting game. (Featuring an all star SNK cast taken from Fatal Fury, Art of Fighting, Athena, and Ikari Warriors. Even if they're D list stars, at best.)

So, if anything, it's Capcom ripping his ideas off. Their biggest innovation in Street Fighter 2, the combo system, was purely a happy accident.

But guess what? He got the last laugh - he's the executive producer of Street Fighter IV, the game which brought the 2d fighting game genre back into the mainstream.

So, please give credit where credit is due. He may not be up there with Yu Suzuki or Miyamoto, but the fighting game genre wouldn't exist in any form we'd recognize without his contributions, however flawed they may have been.

Great to see a new episode here. I was half expecting to hear the Vixen song when you got to the American Dream intro, but we will make due without.

Holy Cron.... A new Crontendo!!!
It really is a happy day, and since it's Friday, I´ll have something better to do than going to the pub ^_^

Thanks Doctor, I hope everything is very well with you and your family ^_^

Huge thanks Dr. S!
Wonderful work and so much appreciated!

Ultima IV did have music, but apparently on the Apple II you need a Mockingboard expansion board for it. The C64 version (that I grew up with) had music out of the box. The NES version sounds nothing alike.

For me, Chrontendo is the ultimate comfort food. Either that, or crack. So Dr. Sparkle is either a five-star chef or a drug dealer. Maybe both. Happy Spanksgiving!

Thank you very much! Happy Thanksgiving!

I could be mistaken, but I seem to recall that Bad Street Brawler was a sort of sequel to Bop 'n Wrestle, which is why the character in the DOS version is identified as a wrestler. I actually thought these games were hilarious when I was a kid, even though they didn't play well at all.

Tecmo Wrestling is still pretty well-regarded by wrestling fans, I think. It not only has nice presentation, but it had a very broad move selection compared to just about every wrestling game up to that time.

Awesome! So happy to have the soothing and informative sounds of Chrontendo to enjoy in the pre-Thanksgiving lull.

One nitpick: the virtual reality pioneer is Jaron (not Jason) Lanier.

Will there be a Matroska version up at some point?

It took forever, but don't sweat it. I'm just glad it's here! Thanks again for another amazing episode!

I figured out the Midnight Resistance thing. The words are a message the guys sent back home. Like, "Mom, Sis, take care. We're leaving you to go fight for freedom." They're the midnight resistance, get it? Kind of like that song "Silent Running". I suppose it would have been clearer if they showed the words on a piece of paper or in quotes or something.

Get 110 FREE SPINS on PrimeSlots.
A credit card is not necessary.

eToro is the #1 forex trading platform for newbie and established traders.

Hi everyone, check out games.lol for more amazing android/ios games you can play on pc!