Seems like I hardly ever update this damn blog anymore, but here's the latest scoop.

The newest video on the Dr. Sparkle After Dark channel has been posted. In response to Wes Craven's death, I decided to cover 1972's Last House on the Left, which was produced by Sean Cunningham and written/directed by Craven. Aside from the 1080p Youtube version, you can find downloadable versions on Archive in 1080p, 720p, and a smaller sized 720p formats. 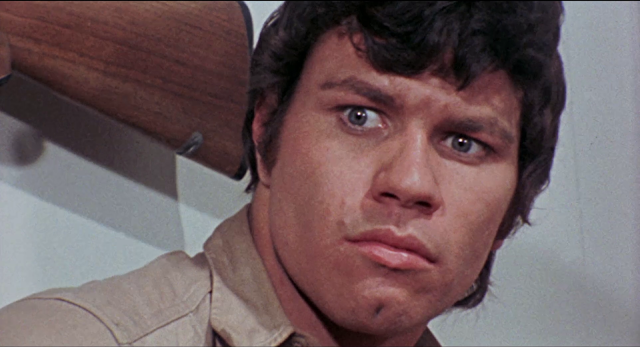 One thing about Last House that really bothers people is the severe tonal shifts throughout the film. Scenes of psychological torture and violence are intercut with the goofy antics of the local sheriff and deputy. The music (by David Hess) appears to be wildly inappropriate at times. The killers' theme song is a rollicking bluegrass-y number that refers to  Krug, Sadie, etc as a "quartet in harmony/barbershop band" and describes the film's murders and rapes as a fun little afternoon outing.

The first time I saw Last House, the silly humor and inappropriate music struck me was being very strange. Having seen it a couple more times over the years, and then scouring every inch of the film while editing the video, I realize these elements are essential to Last House's artistic success. The lighthearted moments not only keep Last House from being 90 minutes of unrelenting bleakness, but also provide enough contrast to make brutal moments feel that much more brutal. 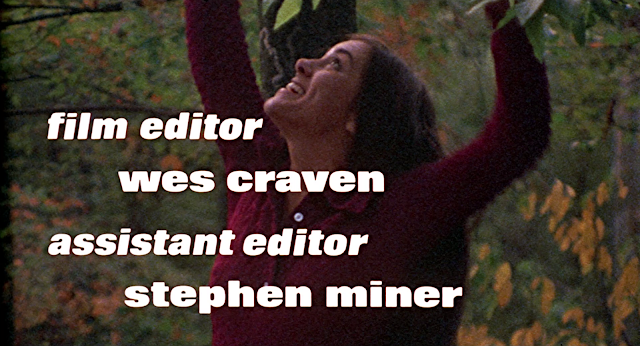 The use of irony, especially in the soundtrack, acts as a distancing technique. Craven must have picked this up from studying Europeans films such as those by Bergman. Watching it now, I can see its art film roots much more clearly than I could when I was younger. For a debut film, Last House on the Left is surprisingly sophisticated.

Next up is Chrontendo 49, which will cover a bunch of crap along the lines of LJN's Back to the Future and Who Framed Roger Rabbit. A pretty rough episode, for the most part, considering it also has a Hokuto no Ken RPG and another Japan-only adventure game from Nintendo.

When The Video Nasties return, it will cover the bizarre 1980 horror movie The Frozen Scream, which was recently released in a pretty watchable edition, taken from the original negative, for the first time.
Posted by Doctor Sparkle at 5:19 PM

Thank you for your effort, that's some interesting bit of history on mr Craven's movie. Can't wait for Chrontendo 49. If I'm not mistaken, 'Duck Tales' was released around September/October 1989 as well. You can chalk that one up as a light at the end of the tunnel... a very dark, winding tunnel filled to the brim with potholes.

Awesome, can't wait to watch this latest episode! For some reason, I never watched Last House, though I've seen all of Craven's other work. Odd.

Finally watched it. Awesome video once again! Learned a ton of stuff I never knew about Craven, which is always appreciated. Thanks for putting these together :)

great episode sir! informative as ever

Well played, you Space Giant you...

chrontendo, not cheap horror flicks, that is

I very much hope it will return one day.

Searching for the Ultimate Dating Site? Create an account and find your perfect date.

Professionally composed web journals are uncommon to discover, be that as it may I welcome every one of the focuses specified here. I likewise need to incorporate some other written work abilities which everybody must mindful of. skinny