OK, So It's Official Now

Official Chrontendo news this post! Yes, I have an honest-to-god announcement to make. In a moment. First, let's get a few things out of the way.

First of all, as I write this post, I'm baking a delicious strawberry rhubarb cobbler. I know rhubarb doesn't get a lot of love nowadays, but if you've never tried it, give it a shot. Seriously, strawberries + rhubarb = awesomeness.

More relevant to Chrontendo is this: Episode 20 should be finished before too long, though has hit a bit of a snag. Mostly in the form of the 1.5 megabits of pure evil known as Dragon Slayer IV, or as we call it in the west, Legacy of the Wizard. 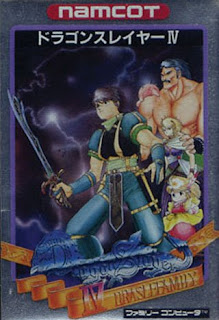 The developer, Nihon Falcom, is perhaps best known for the Ys series. While Ys is a rather friendly, pick-up-and-play sort of action RPG, the Dragon Slayer games tend to be a bit more punishing. DS IV gives you a enormous, sprawling, impossibly complex dungeon, full of puzzles, dead ends, hidden quest objects, invisible passages - the works! Totally lacking the hand holding found in so many games today, neither the manual nor the game itself gives you even the slightest hint as to what to do. While in theory, that sounds like exactly the kind of game I like, in practice - I hate this game. To make a rather crude analogy (for which I apologize) - it's sort of like the old traveling salesman joke, and DS IV is the milk machine. Has anyone out there played this game? Did anybody actually like it?

On the plus side, we will also have the much loved Double Dribble from Konami. In the Kusoge department, there is Bats & Terii - which is sort of like if you mated Super Mario Bros, with say... Hokuto no Ken. Additionally, we'll see two games which are unusually fixated on butt cheeks. 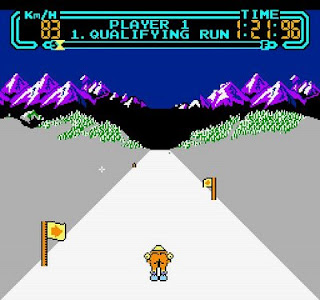 And about that announcement! Chrontendo will be adding a third series to the family. A few commenters had already figured this one out. 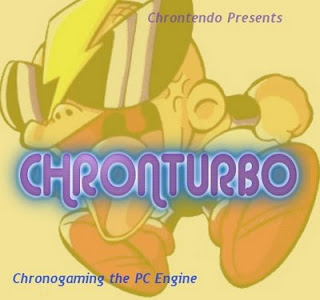 Yep, Chrontendo will tackle the PC Engine/TurboGrafx-16. Why? The PC Engine is just too cultish, fascinating and overlooked for me to not do a series on it. Just like the Famicom there are tons of almost forgotten or Japan-only games for the system.

So when? Well, the PCE came out in October 1987, and Chrontendo Ep. 20 finds us just hitting August. This means there will be several episodes of Chrontendo before Chronturbo Episode 1. Just like the Master System, the release schedule started out slowly, so it will be more of a sporadic thing for a while. Regardless, it's quite exciting, so I wanted to give everyone a heads up.
Posted by Doctor Sparkle at 10:15 PM

Woo hoo! Can't wait for the Chronturbo action. Best of luck with it all!

I really liked Legacy of the Wizard. Although I never beat the game, I enjoyed wandering around endlessly seeing where I could go.

For those that know exactly what they're doing, the game can be beaten in about half an hour: http://speeddemosarchive.com/LegacyOfTheWizard.html

Did you know you can shorten your links with Shortest and make cash from every visit to your shortened links.