Chrontendo Episode 25 is finally, finally here. Funny, when I first started working on this episode it seemed to be coming along very quickly. Life is full of surprises, I suppose. Regardless, head on over to archive.org and stream or download it.

The holiday season is a funny time for video games. Publishers often try to get highly anticipated titles in stores before Christmas*, in order to take advantage of our end-of-the-year profligacy. By that same token, a lot of quickie cash-in games get released at Christmas time, providing a bit of a dilemma for uneducated consumers. This was just as true in Japan in 1987 as it is today. December 1987 sees around 33 Famicom games released. This includes some prestige titles from Konami, Capcom and Square; sequels to earlier successes from Bandai and Namco; Nintendo's entry into the world of RPGs (sort of); crap from the likes of Victor, Sunsoft and Coconuts; and some games based on popular movies. All of this will be covered in Chrontendo 25-27. Let's begin.

....nothing! Shockingly, there are no games this time around I can recommend without hesitation. There are some very interesting games, but none that really rise to the level of a great game. Despite this, Episode 25 is still a pretty cool episode. It's just full of flawed games. 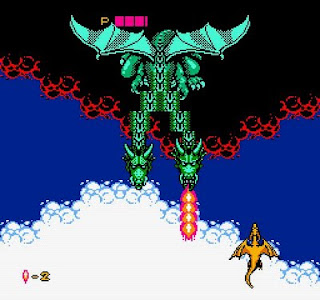 Konami does a Zelda clone! That's sounds really great, but the game itself turned out to be a bit of a disappointment. You spend most of the game wandering around five worlds (forest world, desert world, moutain world, etc. No ice world, thank God) and various dungeons looks for staffs, books, bells, rings and plants. Dragon Scroll is great looking, has awesome music, and the final dragon vs dragon battle is cool. But something doesn't quite click here. The magic is a little lame -- it's mostly used for finding hidden items. You never really gain any fun abilities from all the stuff you collect. The game feels structureless and lacks character; it mostly plays like a big easter egg hunt. Some of the items and areas are virtually impossible to find on your own (much like Castlevania II), so a FAQ will probably be necessary to finish this thing. 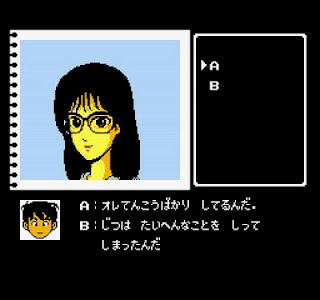 Nintendo's game this episode is, in fact, a dating sim. That's right, Nintendo put out a God-damned dating sim for the Famicom! Featuring a J-Pop idol! And guess whose names are in the credits? Gunpei Yokoi and Nobuo Uematsu! What a crazy world we live in. Naturally the game is well made and quite innovative, not to mention G rated.

Namco's wild and wacky game, based very loosely on the 1977 movie. I've discussed it a bit already, but one further thing I'd like to point out is how much the game resembles Mega Man in certain areas. In particular, Star Wars has a deep love of moving platforms, disappearing platforms, spike-covered horizontal surfaces, ladders, and difficult jumps. One thing is clear: Star Wars hates you and wants to kill you.

Alright, an NES version of Shanghai (aka Taipei aka Solitaire Mahjong) is not exactly exciting news. And this version is much uglier than the PC Engine release, which came out in October. But the game is still darned addictive.

But let's not forget the bad games:

The best bad game this episode. Rambo has some sloppy design and programming, and can be sadistically hard at times. When fighting the final boss, was it really necessary to have endlessly respawning enemy soldiers attacking and bombs raining down on you at the same time? This NES title is the third Rambo game from Pack-in-Video. The first two, for Japanese computers, looked like Hydlide, so this is definitely an improvement. It's curious however, how existing games get thrown into the Famicom sausage grinder and come out as side scrolling action RPG-like games (e.g. Valis, Faxandu). For another look at Rambo, I'll point you to GameSpite's quasi-positive write up, wherein Jeremy Parish classifies as an example of the "Metroidvania" genre. 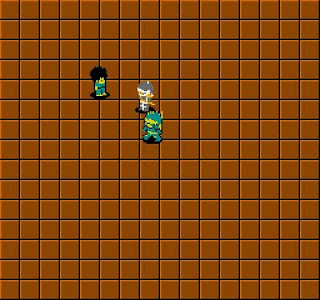 Yeesh! Another mess from Micronics. This times its a Ys style action RPG based on a manga featuring a sexy female alien. Hmm, that last sentence describes Japanese video game culture in a nutshell. 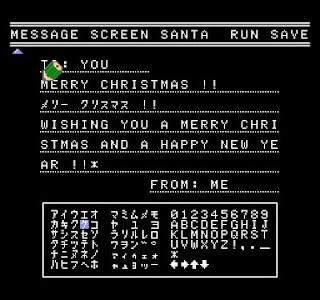 Baffling. Utterly baffling is the only way to describe this disk from Data East. There are two options: the first allows you to create a customized electronic Christmas card. The second, "Party Games" generates random bingo, roulette, slot machine and dice results. Why these two things were put together on one disk with Santa Claus' name slapped on it is a mystery I cannot solve. 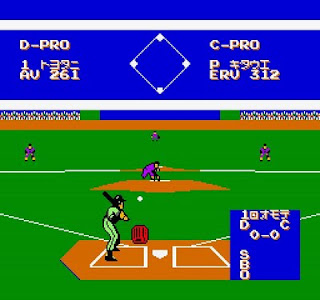 Sadly, the latest entry in Konami's "Exciting" sports series fails to live up to the standards set by Exciting Basket/Double Dribble. I think I was being generous by not putting this into the "bad games" category. The background music consists almost entirely of a series of whistle-like shrieks. Its certainly the worst "music" I've encountered in any Konami game and is probably the most grating BGM for any Famicom game so far.

Konami's entry in the "virtual synthesizer" genre. This one came with a special keyboard controller. The game's name is often given as "Dreamikko" for some reason.

A moderate upgrade to the first TD game, which you might recall being released by Acclaim as 3D Worldrunner. This sequel never made it out of Japan, but that's really not a problem, being that JJ is really just TD with new sprites and faster gameplay. However, its becoming clear that Square has a fondness for alliteration in its game's titles. 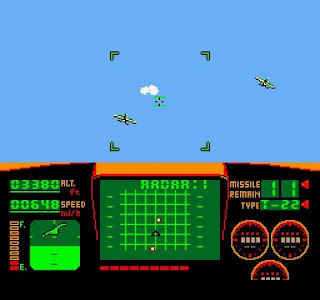 Top Gun completes a trifecta of disappointments from Konami. Whereas Rambo and Star Wars offered warped variations on the orignals' plotlines, Top Gun doesn't even accomplish that. Instead, Konami merely slapped the Top Gun name on an uninspired and generic aerial combat game.

Short and simple adequately describes this vehicular shooter. The second US only release from Data East. 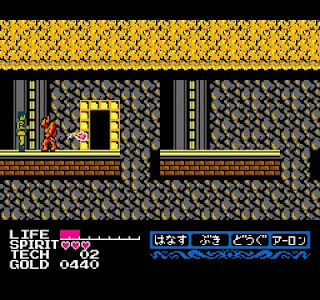 Family Trainer game #7. This one is distinguished by the three player co-op option.

A decent golf game from Data East. I've just now realized that around half of this episodes titles were from Konami or Data East. Expect to see them both in Episode 26 as well.

That's all for this time. Now it's time for me to get to work on Chronsega Episode 4. Once again, you can get Chrontendo Episode 25 here.

*It seems 2009 is going to an exception to the rule. But this has already been commented on and analyzed endlessly on the internet, so there's no need to go into that here.
Posted by Doctor Sparkle at 4:37 PM

Great video once again. I noticed that in the BreakThru section, a Taito "character" made an appearance in the background of the airstrip. Look in the hangars, and you'll see Silver Hawks from the Darius games in there!

I have no clue how Data East got away with THAT; Darius was one of Taito's biggest games through the early 90s.

TOP GUN
God what a terrible life I had playing this! Don't get me started on refueling!

The adult loli game industry really took off on these 8-bit computers did they? No doubt Enix was leading the way there. It's really sad when you realized the kind of people we're dealing with here, and why they still continue making these games to this day. Had to notice a certain video up over at Nico Nico Douga that best explains just how serious this was over 20 years ago. It's hard for these people to do anything about it, and they'll continue to be this way for as long as it's still being done.


SANTA CLAUS NO TAKARABAKO
Thinking about altering Santa's color in this kept reminding me of the time I made rendered Mario nude in Mario Paint! God I was so immature!

I'm guessing the point of this game was that you'd have the TV on while this message is played on the screen during a Christmas party as some sort of electronic bulletin board in your living room!

If you thought the "Party Games" on that was bizarre, there was a time when TV stations tried a silly ploy of using a video game generator program for call-in viewers to win prices back in the day.
http://en.wikipedia.org/wiki/TV_POWWW


DOREMIKO
That geeky pianist does remind me of Don Music from Sesame Street (without the nervous breakdowns).
http://muppet.wikia.com/wiki/Don_Music

Looking for the Ultimate Dating Site? Join to find your perfect match.