So it's finally happened. Dr. Sparkle has got a video on the darned Youtube.  And its not even a video of my cat falling off a window ledge or anything; it's an official Chrontendo video.  To make matters even stranger, the video is one of those video game list thingies that are clogging up the internet.  It was too long for one video, so it was into two parts, the second being here.

For the moment, the Ten Worst NES/Famicom Games of 1983-1987 is a Youtube exclusive.   What's the reasoning behind making a video based around such a tired, overused concept?  There are tons of such lists, perhaps this one is the most famous, but the thing is they're all by people who have not played every single game for the NES.  Therefore, the authors of these lists cannot be sure that they've really played the worst the system has to offer (they haven't, based on the lists I've seen.)  With Chrontendo, no such uncertainty exists. 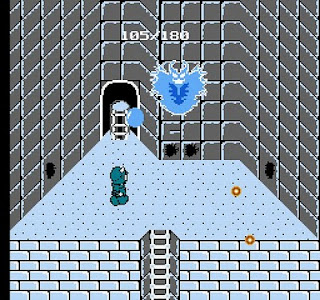 The worst NES game ever? HA!

So why did 18 minutes of video take so long to produce?  Sorry, but the last few weeks have been a bit busy, with a wedding, a funeral, a couple emergency room visits (father-in-law related), taking my mother-in-law to numerous doctor appointments, getting a leak in the roof fixed, and a whole lot of other things I've already forgotten.

A few other things I'll mention while I'm at it.  I've added another chronogaming blog to the links: CRPG Addict.  This guy makes me look unfocused and lazy by comparison.  His project is to play every Western PC RPG ever released, which sounds bad enough as it is.  But he's actually attempting to finish (or at least make a sincere effort to finish) each game, without using cheats or walkthroughs!   I admire his dedication, even though I could never attempt to replicate his methodology -- me being a walkthrough/cheat code/save state hacking sort of guy when it comes to RPGs on Chrontendo.  Anyway, his very throrough and thoughtfully written posts are definitely worth reading through.

Also quite interesting:  A Japanese literature and culture themed blog called No-Sword provided some clarification on a few things mentioned in Chrotendo Episode 2.  Namely the fact that in Devil World the giant-eyeball based monsters become fried eggs after being roasted by your fiery breath.  It seems that in Japanese, fried eggs are called medama-yaki, or "fried eyeballs," so it's a cute little pun.  This makes perfect sense, and the similarity of eyes to eggs has been noted in Western culture as well.  Georges Batailles' Story of the Eye springs to mind.* 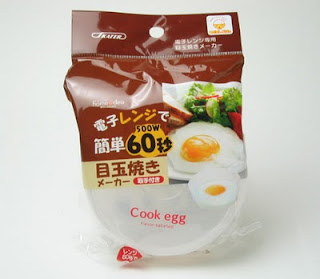 Please tell me this is not fried eggs sold in a bag.

No-Sword's author also states that, Wikipedia to the contrary, there is no Japanese folk hero called Paku, thus ruling out one theory on the origin of Pac-Man's name.   He even gives mention to my facetious remark to Clu Clu Land possibly being tied to Kuru, the neurological disease spread through human brains.  My suggestion shoudn't be taken seriously, however.  It's just that I'm fascinated by horrible brain diseases and cannibalism.

So enjoy the Youtube videos.  Preferably, I'll think of addtional things to put up on Youtube in the future.  Any ideas?


*I hope that a reference to this book doesn't lead anyone to believe that I'm: a) some sort of leather chaps-wearing pervert, or b) a clove smoking, Deleuze-quoting, pretentious douchebag.  Seriously.  Some disturbing news for Georges Bataille fans, however: I once read an interview with Dave Matthews, and he claims to be a big fan of Story of the Eye.  I guess it doesn't seem so outré now, does it?
Posted by Doctor Sparkle at 4:33 PM

Next up a top 10 best games list perhaps? :P

Nah I'm only joking. I don't think that will be needed. There are already lots of those kinds of lists out there. And it's pretty subjective anyway. Not like with games that are factually bad.

I've never commented here before, but I've been watching Chrontendo (and Chronsega and Chronturbo of course) since late last year and I just wanted to tell you that I find it VERY interesting, and thank you for doing this monstrous task.

I'm a video game collector, and before I found this site I didn't really buy that many NES games besides the classics since I found most of them too simple.

But since I started watching this series and saw all the bad games that came out for the Famicom, I've gotten a new perspective on the console and its games. I now understand what makes a good NES game. And as a result, I've bought a lot more games for my NES lately, to the point where it is now my favorite retro console.

So thanks for opening my eyes, and I look forward to future episodes :)

The fried eyeballs pun makes sense of an odd bit of dialogue in Zelda: Ocarina of Time. In the trading game to get the Biggoron Sword, at one place you have to deliver an Eyeball Frog to the old man by Lake Hylia. They're for making eyedrops, but when you hand it over he thanks you and says that he'll have fried eyeballs tonight. Ha ha, Nintendo.

To your list, its really cool, I missed only one game: Dough Boy, it wasn't even mentioned...I hope you considered it at least at some point.

I cite from Chrontendo 6: "This game has nothing!"

Bats & Terri was weird enough for me to see it through to the end, so at least it has that going for it. The final boss sure was...something.

I'm not sure what I'll be doing with the Youtube channel in the future. One thing I've realized is that since there are now subscribers on that channel, I should probably post videos occasionally. As synt4x points out, a "best of" list would not be very interesting, but possibly I might try some other lists.

OK, you're right. It's just a sick dirty book.

I only played that Super Monkey Diabouken game for probably a minute after watching whichever video its in and yet it still stood in my mind as I watched these videos. I thought it was about to be announced when the #2 game turned out to be an RPG.

I wonder if the bottom ten for the 2/3 of the Nintendo releases will be LJN heavy.

I noticed a lot of those games were Japan only. Maybe doing a list of bad games that were available in the US or something would be a good move.

I suppose we haven't seen too many bad games released in the US. The flood of cheapo shovelware didn't really begin until 1989 or so. Though Gametek will be making their debut in a few episodes. Though did the US ever get anything as awful as Super Monkey Daibouken?

I know this was a million years ago, but I've been going through the posts and videos chronologically (fitting, right?) and just got to this one. I know you've been losing all kinds of sleep over this for the past 5 years, so I just wanted to put your mind at ease and assure you that no, that isn't a fried egg in a bag. It's a little plastic mold for cooking an egg in the microwave. Which I guess is better? Maybe not...